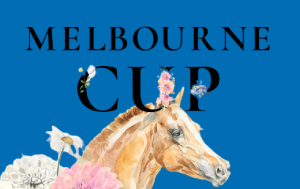 There are few race days in Australia that capture the imagination as much as the Melbourne Cup. The race stops the nation annually and is staged on the first Tuesday in November. All bookies and online sportsbooks are gearing up for the rush.

It is one of the oldest and more prestigious turf races on the international calendar, with a field of horses aged three and older chasing immortality, and their share of the A$8 million purse. You can find out everything you need to know about the lucrative race here.

It was the first victory for Mark Zahra. The Australian hasn’t competed for a while as he had a covid related suspension. Gold Trip was trained by Ciaron Maher and David Eustace. Emissary came in second and High Emocean took third at Flemington.

The Melbourne Cup 2022 will be staged on Tuesday, November 1. A field of horses will compete over a distance of 3,200 meters. The race is known as the richest two-mile handicap in the world and is one of the most lucrative turf races held on the racing calendar.

It is the jewel in the Melbourne Sprint Racing Carnival schedule and attracts a talented field of runners annually. Once again, Flemington Racecourse will host the event in 2022.

History Of The Melbourne Cup

The Melbourne Cup is one of the most prestigious races on the international calendar, and that is evident from the fact that it has been staged since 1861. For the first time since the early editions of the race, it was held over a longer distance. It was changed to a distance of 3,200 metres for the first time in 1972 when the metric system was adopted in Australia. The saying that the race “stops the nation” first came as early as 1865, when businesses and public servants were given a half-holiday day to watch the Melbourne Cup.

However, the race wasn’t staged in its traditional annual spot on the first Tuesday in November until ten years later in 1875. In recent history, the race has become a regular event for internationally trained horses. Notable winners were trained by Irish international Dermot Weld, while Japan also landed a success in 2006 with Katsumi Yoshida’s runner. However, the first international winner of the race came in 1910, as Comedy King won the top prize.

One of the most controversial renewals of the Melbourne Cup came in 2013, as Damien Oliver returned to the saddle to win his third honour. However, it came a year after he was banned for eight months after betting against his own ride in the 2012 race.

There have been many prestigious records set at the Melbourne Cup, but none have been more memorable in recent memory than Makybe Diva winning her third success in 2005. That win put her outright as the most successful horse in the history of the race, with Rain Lover, Archer, Peter Pan, and Think Big all landing two wins.

Harry White and Bobbie Lewis are the joint most successful jockeys in the history of the race. Both won the top prize on four occasions. However, the leading trainer in the race needs no introduction, as the legendary Bart Cummings has landed 12 wins in the Melbourne Cup between 1965 and 2008. Michelle Payne made history at the 2015 edition of the race by becoming the first female jockey to win the Melbourne Cup. However, it is often a race to bet against the favourite, with only 34 of the 150 winners being the pre-race top pick.

The Melbourne Cup field can feature up to 24 runners, with no horse involved being able to carry more than 57kg. The weights allowed for each of the declared runners are determined by the VRC Handicapper at the start of September. The weight allotted is dependent on the performances of the horses involved. One of the most interesting aspects is the fact that the handicaps theoretically give every runner a chance of claiming victory in the race.

Should any of the declared runners win in the graded company or more lucrative stakes races up to $55,000, the weight penalties are later decided upon. The field is capped at 24 runners. A ballot is needed to ensure the final declarations should the number of entries surpass the field size. However, winners of certain races automatically book their spots in the Melbourne Cup. Some of the races which ensure immediate qualification include the Doncaster Cup, Irish St. Leger, Cox Plate and the Caulfield Cup.

The top of the betting for the Melbourne Cup 2022 is dominated by the foreign runners that will be competing this year. Deauville Legend is the current favourite after picking up a very impressive win at York in the middle of August in the G2 Great Voltigeur. However, he has also been in impressive form over a mile and five furlongs after winning the G3 Bahrain Trophy at Newmarket in July.

Loft is the most interesting contender this year for German trainer Marcel Weiss. The four-year-old has looked extremely impressive over two miles this term, which includes a dominant success in the G2 Belmont Gold Cup in the United States in very similar conditions that we could expect at Flemington.

The leading Australian chance in the race comes from the Chris Waller yard, as Durston looks to be a contender going in the right direction. He stepped up to a mile and four in excellent fashion at Caulfield earlier this month to land the G1 Caulfield Cup, and it’s hard not to respect connections.

Loft is a very solid contender at the top of the betting and almost looks like the one to beat based on the runs that we have seen from him over two miles this season. He remains unexposed in this company, but the connections of last year’s Prix de l’Arc de Triomphe winner could be set to bag another lucrative international purse.

Selections at much higher odds worth considering, include Hoo Ya Mal, who was bought for an eye-watering sum after finishing second in the G1 Epsom Derby, and Without A Fight, who will be the ride of in-form British Champion Jockey, William Buick.

It was initially decided to have the race to coincide with the Prince of Wales birthday in !875 so it could be a Bank Holiday
You can buy tickets via the VRC website or Ticketmaster
The race starts at 3pm