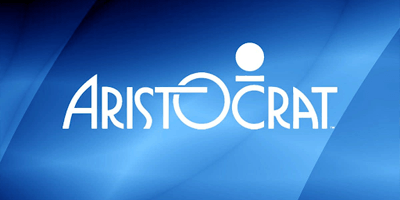 Aristocrat Leisure Limited (ASX: ALL) is the biggest Australian manufacturer of gaming content and technology. It is a reputable publisher of free-to-play mobile games at a global level. The company has two fully operational units, Aristocrat Gaming and Pixel United. The latter unites a variety of businesses, including Plarium, Product Madness, and Big Fish Games.

Aristocrat delivers advanced technology solutions for Business to Business customers and top-tier customer experience services, while catering to the needs of millions of gamers with premium social gaming and real money wager content.

Where Is Aristocrat Leisure Registered?

The company is registered in Sydney, New South Wales, with 23 operating offices in the majority of countries with legalised gambling markets worldwide. Aristocrat Technologies Australia Pty Ltd has its head office at Building A, Pinnacle Office Park, 85 Epping Road, North Ryde NSW 2113, Australia. The company has 6,500 employees and a market capital of $23.09 billion.

Aristocrat Leisure was founded by Leonard Hastings Ainsworth in 1953. With the introduction of its first gaming machine, “The Clubman”. The company was set to be an innovator in casino gaming.

Ainsworth stepped down from his chief executive officer position in 1994 when he offered a large company stake to his seven sons and former spouse.

Who Runs The Company

The company was founded in 1953 in Sydney, Australia, with the release of the Clubman, their first pokie machine. The Clubmaster, th eseci=ond incarnation, is a gaming machine that is still regarded as a game-changer in the industry.

The Australian company made its way to the United States and Europe, manufacturing the first all-electronic slot machine with five reels called Wild West in 1979.

The gaming revolution continued with Aristocrat opening its London headquarters and launching its casino system business. As its Microstar slot machines released, the company continued to expand its presence in the US with the help of leasing contracts for its gaming machines.

Aristocrat launched its MK VI gaming system. Then it released  Hyperlink which soon became the most valuable intellectual property ever created in Australia. This opened up a second screen giving the player a better playing options.  In 1996, the company was listed on the Australian Stock Exchange.

The company enters the Las Vegas, Nevada, and Macau markets, leaving the financial crisis behind and getting ready to grow globally. In 2012, the company’s Games Development Kit is acknowledged as an industry standard. The company acquired Product Madness one year later, turning Aristocrat into a free-to-play mobile game publisher. Two years later, in 2014, the company ushers in VGT and enters Class II. Between 2017 and 2019, Aristocrat purchases Big Fish Games and Plarium Global, two free-to-play mobile game publishers, turning into a global leader across a variety of genres.

The company’s global business is relaunched under a new name, Aristocrat Gaming, while Aristocrat Digital rebaranded as Pixel United.

What Are Aristocrat Leisures Markets

ANZ, APAC, and the USA are the three main markets for Aristocrat Leisure. ANZ includes Australia and New Zealand, while APAC covers Asia-Pacific.

The USA is Aristocrat Leisure’s largest market, accounting for approximately 60% of its revenue. In the USA, Aristocrat Leisure is a leading player in both the land-based casino industry and the online social gaming market. The company’s products are available in many US states through a network of distributors.

In the ANZ market, Aristocrat Leisure has a strong presence in the land-based casino industry and the online social gaming market. The company is the leading provider of poker machines in Australia and New Zealand.

In the APAC market, Aristocrat Leisure is the largest provider of slots and poker machines in Cambodia and Macau. The company also has a significant presence in other Asian countries such as Singapore, Malaysia, Vietnam and the Philippines.

What Are Aristocrat Leisures Top Products

Aristocrat Leisure’s software and products are available in 326+ gaming jurisdictions worldwide. They can be found in bars,pubs and gaming halls in Australia and New Zealand (ANZ), Asia-Pacific (APAC), and the United States. These slot machines are a popular feature in many land-based casinos.

It has just been announced that Aristocrat’s real gaming division will now be known as Anaxi. The chief executive of that department is Mitchell Bowen and they will be creating real money online casinos and the products that power them.

With the acquisition of Roxor gaming, a B2B gaming developer, Aristocrat will be exhibiting its new division at the Las Vegas Global Gaming Expo.

Where Can I Play Aristocrat Pokies

In the US, Aristocrat games can be played at 25 different casino locations in Las Vegas, including Caesars Place, Casino Royale, Bellagio Las Vegas, Paris Las Vegas, Palms Casino Resort, Planet Hollywood Resort and Casino, Gold Coast Hotel and Casino, The Cosmopolitan Of Las Vegas, and Harrahs Casino Hotel There have been some big winners in various locations from Idaho to Florida you can find Aristocrat pokies in clubs, casinos, hotels, and bars.

The Buffalo series, Cash Express, Dragon Link, and Aristocrat Legends are some of the popular games available for the US market.

Lightning Link Series is the largest and most popular slot machine in Aristocrat’s portfolio. It has a 4-level, progressive jackpot giving out bonuses and credit prizes.

The Lightning Link Series has a series of games tailored to each particular market. In APAC you will find Dragon Riches, Emperors Treasure, Eyes of Fortune and Happy Lantern. For Australians, there is a choice of 16 titles including Raging Bull and Best Bet.

Dragon Link is one of the most popular slots in the US market. With great jackpots, it is an exciting way to gamble. Some of the best casinos have incorporated a Lightening Link Lounge into their establishments as they are so popular. There are hundreds of Lightning Link games and when you play there is a strategy for getting the big jackpot.

Big Red– Set in the outback, this five-reel game has all Aussies’ favourite symbols. When you see the kangaroo you get five free spins. Even the pay lines are five.

50 Lions – Going on a safari? With 50 pay-lines the diamond symbol becomes stacked wild when they have been triggered, and you might hit the jackpot.

Chilli Gold: This Mexican-themed pokie has 40 pay lines. When you see the Chilli Gold you get a bonus mini-game. 21 free spins are given when you get the Wild Bonus Chilli.

Let’s Go Fish’n– This leisurely-paced pokie is regarded as one of the most entertaining. The 25 pay lines give something to both high and low rollers.

Previously known as Aristocrat Digital Pixel United. It is a mobile-first powerhouse. Aristocrat’s big publishers like Product Madness, Plarium and Big Fish Games use this platform to promote their content.

In order to practice enjoying bonuses, scatters and wilds Aristocrat Leisure has expanded its free-to-play gaming range.  You can download  Heart of Vegas, FAFAFA Gold and Cashman Casino Slots from the Google Playstore or App store.

In 2012 this subsidiary known as  Product Madness, was acquired by Aristocrat. Product Madness was at the forefront of developing an online social casino mobile gaming department. It now has offices in London, Barcelona, Lviv, Gdansk, and Tel Aviv.

MMORPG games are so popular across the globe bringing gamers together with great puzzles and animations. Plarium has many styles of multiplayer games with varying graphics to suit all tastes.

You can enter the fantasy realm with Raid: Shadow Legends or you could enjoy the world that you build in Klondike: The Lost Expedition.

There are so many online games that people enjoy whether they are brain teasers, arcades, puzzles or word games Big Fish has developed a multitude of them. If you can’t work them out the website has walk-throughs, FAQs and helpful tips. Big Fish Games has 20 years of online gaming experience and has created some of the most memorable games on the market.

In 2021, Aristocrat won the Land-Based Product of the Year, Land-Based Industry Supplier, and Slot of the Year awards at the Global Gaming Awards Las Vegas 2021.

What Are The Future Plans For Aristocrat Leisure

Aristocrat Leisure may have been unsuccessful in its bid to acquire Playtech but Trevor Croker, the chief executive, broke the company’s plans to launch its own Real Money Gaming company. It is aimed at opening online gambling to the US market. Many states are allowing online gambling and Aristocrat leisure will be offering top-rated products for people to enjoy gambling from the comfort of their homes or on the go.