Best Brain Boosting Drinks to Enjoy While You Gamble 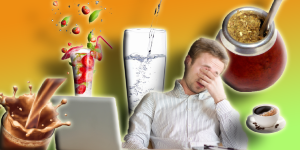 For some, it’s the rush of adrenaline that inundates the body while anticipating a big win. Others do it to escape the mundane. Most are simply looking for a fun time and some quick entertainment, whether out and about in a brick-and-mortar Western Australia casino, a land gambling venue in Victoria, or a top online real money casino recommended by the TBC crew.

Needless to say, some people are all about the bright lights, glamorous decors, classy outfits, and complimentary drinks that make them feel like VIPs. Speaking of free casino drinks, did you know that many Australian casinos have their own special free signature drinks? In fact, all brick-and-mortar casinos have dedicated cocktail servers that come around every 15 minutes to half an hour and serve complimentary drinks to wagering players.

The free drinks offered by land casinos are considered tokens of appreciation as well as means of stimulating players to have a good time and keep playing. As expected, some of the most popular choices include classic cocktails and hi-balls rich in alcohol such as Screwdriver, Vodka Lemonades, or Long Island Iced Tea, along with slushies like margaritas, Pina Coladas, and Mojitos. Of course, alcohol is known to impair cognitive functions and the ability to react, so these drinks might not be the smartest choices for a player looking to score. Not to worry, casinos also offer complimentary drinks with zero alcohol in them, including coffee, hot tea, sparkling water, energy drinks, or juice.

What are the best drinks for gamblers looking to improve their gameplay especially when you are playing from home at an online casino? Let’s find out.

While being served a drink every half an hour might sound good, it also requires physically going to a land casino. On the other hand, online players have the absolute freedom of drinking whatever they feel like drinking in the comfort of their homes. When chosen the right way, their drinks can stimulate their performance behind the virtual tables. How is this possible?

Scientists have proven time and time again that the nutrients we eat impact our mental performance and success when gambling or playing video games. To enjoy the full benefits of the most nutritious drinks, we need concentrated doses of the best substances that can be rapidly absorbed by our bodies and delivered just in time for a lucrative casino session.

Here are some of the best drinks with brain-boosting properties all casino players should include in their diet.

Water does not only help maintain our skin looking fresh and glowy, but it also helps the cells inside the brain communicate while eliminating all the metabolic waste and toxins that are impairing its functions and delivering oxygen, minerals, and vitamins to your brain. A person who is well hydrated can make faster decisions and score higher on cognitive tests. Players who are not hydrated are not able to think, learn new strategies, or concentrate well enough.

Tea Increases Focus and Our Level of Alert

Tea also has numerous benefits on the health and well-functioning of the brain. Here are a few examples of excellent tea choices for players looking to stimulate their brains even more:

Ginkgo biloba tea can significantly improve the blood flow to the brain while acting as a powerful antioxidant that can improve memory and speed up our cognitive functions. According to a study, healthy people who drink ginkgo biloba tea on a daily basis benefit from enhanced overall mental functioning, which is always a plus when gambling.

Ginseng tea can prevent a number of neurodegenerative diseases while improving brain functions including behaviour, memory, and mood. Players who are in a good, positive mood and who can control their behaviour with ease are likely to do better behind the virtual tables and machines.

If you are an anxious gamer and you feel like you could use some extra support before an important pokies tournament online, have a cup of rosemary tea. Rosemary can improve the mood while reducing anxiety, and stimulating focus and memory. Apparently, even the apparently harmless act of smelling rosemary tea can trigger the same perks.

The brain-boosting effects of sage were first acknowledged in 1597 by herbalists who discovered the plant’s memory boost properties and ability to quicken the nerves. Over the centuries, people have been drinking sage to for its ability to break down a chemical messenger called acetylcholine which is known for its role in memory.

According to a study published in the American Journal of Geriatric Psychiatry, there is evidence that shows the protective effects of curcumin found in turmeric on the brain. Study subjects demonstrated improvement in memory tests along with improvements in their mood and lower levels of beta-amyloid and tau in certain brain areas with a critical role in emotion and memory. Players looking to memorize and use fresh blackjack or baccarat strategies should definitely add a cup of turmeric tea to their pre-game ritual.

Sip on a cup of green tea before hitting Play on a new game of online poker and let the amino acid called L-theanine found in green tea cut your stress in half and instantly lift your mood. The mix of caffeine and L-theanine in this tea improves the functions of the brain by improving attention and working memory and diminishing anxiety.

Coffee to Wake up the Brain

If you feel the need to be more alert when playing casinos online, you should know that caffeine promotes the stimulation of CNS. This results in making you feel more alert and less depressed while boosting all brain functions and improving your focus.

Kombucha contains an amino acid called L-Theanine which has proven its role in improving mental alertness, focus, and overall brain functioning. Kombucha is rich in probiotics known to promote the health of the gut while maintaining the gut-brain axis in good condition and promoting mental health. A happy player with high serotonin and dopamine levels is likely to enjoy his gameplay more.

Blueberry juice and blueberry smoothies help players stay on top of their game by stimulating the blood and oxygen flow to the brain and keeping the mind fresh.

Pick your favourite brain-boosting drink to sharpen the mind and enjoy more lucrative sessions online with these tasty brain hacks! Pick a snack to go with it and the connection between gambling and diet will prove itself.