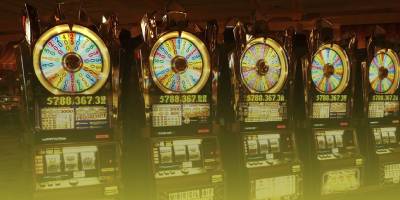 If you’re a regular pub goer in Australia, there’s a good chance you may have heard about the NSW cashless pokies trial. The trial has begun in Sydney, and it’s hoped that it will help to reduce gambling addiction rates and reduce money laundering. While data is being collected, the rest of NSW will see if the program is going to be extended to other establishments.

What Is the Purpose of a Cashless Pokie Trial?

There has been much anticipation for this experiment of cashless gaming machines for nearly a year now, and it is finally set to begin in the coming months. It comes as the NSW Crime Commission is conducting a royal commission-style examination into the widespread illicit use of gambling establishments to launder filthy money. As part of the ongoing investigation, documentation on the state’s machine credit limits of $5000 to $10,000, which are up to 100 times greater than those in other states, was recently requested.

Will The Cashless Pokies Trial Be Properly Monitored?

Aristocrat Leisure, one of the world’s top tech companies and mobile game developers, will monitor the testing of the new technology being deployed on 38 gaming machines, and they estimate it will affect on around 300 customers.

Who Will Host Cashless Pokies Trials?

Now customers at Wests Group’ New Lambton venue in Newcastle will be able to test out the new cashless system. Wests New Lambton presents itself as the one-stop shop for dining and entertainment in the centre of Newcastle.

CEO Phil Gardner of Wests Newcastle reconfirmed the group’s commitment to the well-being of their 116,000 members and considers this trial as building on top of the excellent service they already provide.

“The ability for our members to use their own mobile wallet to pay for a meal, membership and gaming is something our industry hasn’t seen before.”, he stated as reported by 7news.co.au.

What Can Patrons Expect from The Trial?

During the 12-week experiment, Wests Newcastle guests will be able to send money directly from their mobile phones to the machine. Each customer’s phone will be linked to the machine through Bluetooth. An opt-in e-wallet, which will require customers to provide some personal information, will then be topped up with funds that may be used for gaming.

Additionally, SMH reported that Minister Kevin Anderson of Hospitality and Racing said in a statement that there is no “one size fits all idea” when it comes to digital options for cashless payment, and the trial will need to be closely monitored in order to determine opportunities for improvement.

In a report from Erik Gibbs of Casino.org he noted that:-

“Spending and time limits have to be configured before the users can begin gambling with the cards. Once these settings are entered, cardholders can’t change them for 24 hours.

Cards can only receive funds from the user’s own bank account. In addition, there is no way to add funds while the individual is on the gaming floor.”

It is hoped that this will curb the rising tide of problem gambling.

Clubs and bars in Victoria and the Northern Territory have $1,000 credit limits, whereas those in Queensland and South Australia are limited to $100. “Significantly decreased” limits might dissuade criminals from using greater limits to hide and launder illicit cash, according to a report released by the investigating commission this month.

The article depicted a situation in which a criminal had $5000 in cash and was able to withdraw $4995 after losing a $5 wager. The amount wagered or earned isn’t shown on their ticket; just the credits that have been accumulated. This is done a number of times in various locations to further avoid detection. “A lack of detail and transparency” in the details included on tickets, the commission panel determined, presented a vulnerability.

Justin Field, an independent New South Wales MP, claimed the concerns revealed by the NSW Crime Commission demonstrated that organized criminals were habitually using poker machines as “ATMs for money laundering.” Journalist Lucy Cormack noted that he further added to his statement that “It is inexplicable why NSW poker machines can legally be loaded with up to $10,000 cash. These problems can be addressed very quickly with simple regulatory and legislative reform, like reducing the load limits and moving to cashless gaming.”

Advocates for anti-gambling have applauded the launch of the so-often postponed trial, but say it is just a drop in the ocean of the state’s 95,000 electronic gaming machines that are used by organized criminal organizations to “wash” thousands of dollars at a time from the public purse.

Will Patrons Have Better Control Over Gambling Habits?

In addition to reducing fraud, using an e-wallet will help make safe gaming easier. Patrons will be forced to leave the gaming area to recharge their accounts, resulting in a decrease in spontaneous wagers. Payment applications, according to Anderson, will be subjected to rigorous testing and will be updated as required to accommodate this new use case. Stricter time and monetary restrictions are two more options that might be considered.

Players’ identities and Australian bank accounts will be connected to the opt-in wallet, which will incorporate damage minimization safeguards including spending limitations and real-time spending statistics to minimize the harmful impact on players and increase awareness of their game time.

Stu Cameron, CEO of Wesley Mission, argued that switching to a cashless gaming model may almost entirely eliminate money laundering from gambling activities while also reducing the harm associated with games of chance. “We are keen to support any genuine harm minimisation measures and believe that cashless gaming wallets may prove helpful if it is not left to the clubs themselves to administer” he added.

What Does the Future Hold?

All eyes seem to be on Wests and Aristocrat Leisure now, from government MPs to everyday pokie lovers, with this trial having the potential to completely change the face of gambling in New South Wales at first, and the whole of Australia in the long run. Could cashless payment methods be the solution to the country’s contentious battle with money laundering and excessive gambling?