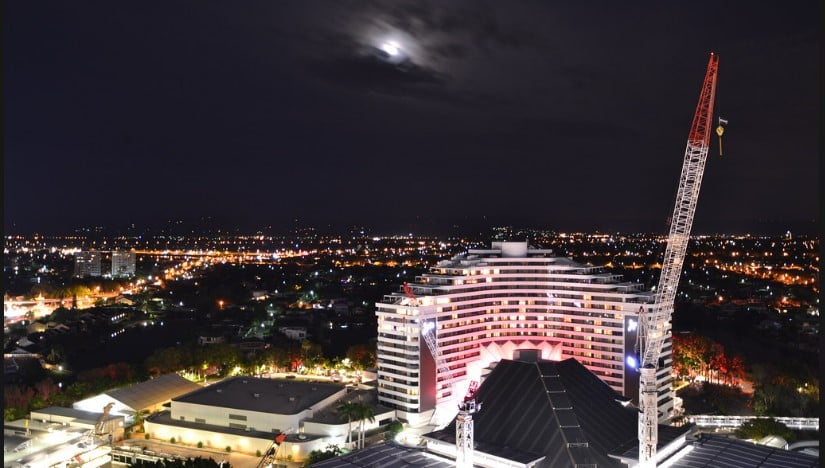 After much deliberating it seems that the reports read about Star Casino were too shocking and incited “gambling harm.” According to ABC News the NICCC will release its full findings. Chief Commissioner Phillip Crawford pointed the blame at the governance where “cultural failures had been found”. It is expected that a $100 million fine will be given to Star Casino

Details of the major failings and concerns in the independent Gotterson Review have been revealed by Angie Raphael of news.com/au. The main concern is that “Although The Star has ceased all junket operations, there will be temptation to resume;”. There is a genuine concern that the deficiencies in Star Casinos’ legislation around anti-money laundering are not robust enough. There is further concern that Star Casino “encouraged people banned in NSW and Victoria to gamble at its Queensland casinos;” This is the most damning indictment of all. This has lead Attorney-General Shannon Fentiman to allot government support to all the report’s findings.

Star Casino had set out a 130-step plan to prove it is worthy of being operational. The plan is a long-term scheme to show that the new board and management are trustworthy. Eventually, Star Casino should be able to operate on its own. The plan extends until 2024. Star Casino is working to address the many concerns highlighted in both the Bell and Gotterson Reviews, which were carried out by the Independent Casino Commission. Star Casino will not contest any of the findings. Phillip Crawford has not ruled out fines and further action being taken against the group. There will be strict supervision.

The anticipated report into the alleged nefarious activities at Star Casino The corporation did admit its unsuitability but according to a report on news.au the eight submissions citing its new ability to be considered licence worthy have been rejected by Mr. Adam Bell.

Phillip Crawford, the head of the NSW Independent Casino Commission read the report and concurred with the report’s findings. The consequences will be reported in time. Crawford said all options are “on the table.”

The details of the findings have been found as shocking. All who have read this have faith in Phillip Crawford to set in motion a series of appropriate actions to ensure corruption and lack of compliance with the law never happen again.

Star Casino, Sydney has a lot to do to ensure it can operate as a reliable trustworthy casino. After a series of shocking revelations reported in detail, the group that owns the casino has set in motion a series of practices and measures to rebuild the brand.

What Will Happen To Star Casino

Star Casino is one of the most popular gambling destinations in Australia. But with new regulations coming into effect after a money laundering scandal, what will happen to this iconic casino? The findings were damaging and many of the key management figures accepted responsibility and resigned. In this post, we take a look at the changes that are set to take place and what they could mean for Star Casino.

Star Casino Begins To Reestablish Itself As A Reliable Resort

The class action lawsuit against Star Casino alleged that the group misled investors into believing they were a model casino operator. In reality, the lawsuit claims that Star was failing to mitigate corruption, money laundering and bribery.

However, in recent months, the casino has been working to reestablish itself as a reliable resort. In January, the company announced the appointment of a new CEO who has experience in the casino industry and a commitment to upholding high standards of integrity.

Additionally, Star has been making strides in improving its anti-money laundering and anti-corruption compliance programs. While there is still more work to be done, these preliminary steps indicate that Star is taking its responsibilities seriously and is committed to restoring its reputation.

Allen & Overy To Oversee The Resuscitation Of Star Casino

The consultancy is a specialist in regulatory matters and will monitor the renewal program. In addition, Ben Heap, Star Entertainment’s interim chairman, gave a statement reported in Gambling News. He said that he looks forward to putting into place the renewal program and working with regulators to improve the company’s practices. Heap is committed to making Star’s business practices transparent.  They have brought in Allen &  Overy to oversee the resuscitation of Star Casino. This world-renowned law firm has a wealth of experience in this area and will be instrumental in ensuring that Star meets all of the necessary requirements for licensing renewal.

Robbie Cooke has been appointed as the new CEO of the Star Casino Group. He resigned from a successful period at Tyro where this Aussie fintech company saw a sustained period of growth despite the world being locked down during the Covid-19 pandemic.

Robbie Cooke brings with him a wealth of experience guiding companies through transitional times and being compliant with legislation. He was CEO of the lotteries, wagering, and gaming operation at Tatts Group, where he oversaw a period of transformation for the business. Cooke is an experienced executive with a record of delivering results in highly regulated industries. The Star Casino Group looks forward to benefiting from his expertise as it continues to grow its operations.

Christina has been a consummate finance professional for Star Casino, providing leadership and guidance across the organisation’s finance, strategy, investor relations and IT functions. With an impressive 25 years of experience both in public accounting and in private ASX-listed companies, Christina has steered Star through many successful change initiatives over her tenure as Group Executive Gaming and Deputy Chief Financial Officer. She was responsible for creating multiple earnings-accretive strategic objectives throughout Star’s varied business operations and her skill set benefits them substantially.

Former Banker Scott Walker has been appointed to lead the new Star Sydney, the city’s largest casino. Walker comes to the role with many years of experience in the finance industry, most recently serving as a leader at Commonwealth Bank of Australia.

In this role, he was responsible for driving cultural and operational change within the company, demonstrating his skills in governance and accountability.

With two new non-executive board members star will get the best advice. Anne Ward who resigned from Crown comes with a wealth of business strategy management experience. She is joined by David Foster who is an experienced chairman and director.

Zahan Spalding has been appointed general manager of surveillance in Queensland. She has an impressive record in her decades in the industry. She has worked all over the globe and brings a global perspective to her position.

Star Sydney Casino In The Future

With new management and board members, Star Casino will be under both public and private scrutiny for many years to come. Sydney has many beautiful resorts and will continue to attract tourists and business people to the city. We can only hope that Star Casino will return to being a shining example of positive business practices and a jewel in Sydney’s crown once more.