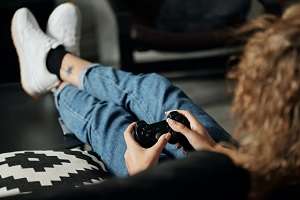 The world of gaming is changing on all levels, and one particular vertical that has been trying to “catch up” are casino video games. While they started as arcades, many of today’s casino games have evolved to be fully-fledged gaming experiences, drawing inspiration from the traditional video gaming sector.

Today, we will take a closer look at the similarities and differences between video gaming and online casinos and what products they have to offer. The overlap is unavoidable, of course, but what interests us is how online casinos have been able to learn from the traditional video gaming experience and introduce it to the ever-evolving online casino gaming.

What Makes Video Games and Online Casino Games So Much Alike?

Over the past years, we have seen online casino games for real money evolve. They have begun introducing enhanced graphics and 3D animations, immersive and story-based gameplay plots and other aspects that contribute to wholesome gaming.

One specific addition was the potential to win based on making an informed choice, albeit video games tend to still be much better. The best casino video games today, though, have many similarities with traditional gaming. Here are several.

Free-to-play is not the standard for online casinos, but all games you can find online today are available as demos. Free casino video games are available at all licensed casinos to players who have registered and verified their accounts.

This gives players the opportunity to explore numerous gameplays, winning combinations and decide what games they like best. This is similar to many traditional video games, such as Fortnite, Hearthstone, Heroes of the Storm, StarCraft II, Counter-Strike, and others that also allow you to play for free.

While they offer two distinctly different approaches to gaming, both casino and video games feature randomness mechanics. The entire gaming experience at an online casino is predicated on the idea of randomness, similar to how video games distribute prizes such as FIFA FUT cards or even loot boxes. This overlap is interesting to observe and it remains a part of the shared identity between these two verticals.

They Find the Same Sources of Inspiration

For better or for worse, video games and casino games will often tap into the same themes. Mythology, the Wild West, fantasy, sci-fi, and others, are overlapping story threads that are used both in traditional video gaming as well as online casinos.

The choice of genres is endless and game makers in both industries keep coming back to draw inspiration and approach each from different angles in the pursuit of new experiences that will stick with consumers a little better.

Where Do the Key Differences Lie?

Naturally, coming from two different main verticals, there are some differences between online casino games and their video gaming counterparts. Well, not too many, but still enough to merit a clear differentiation. Here are several essential ways in which these two types of games are not quite the same.

This is definitely true. Most video games require some form of skill, whether this has to do with logic, quick reflexes or a combination of dexterity and swift thinking. Video games generally pose interesting questions to players and make for a worthwhile and highly rewarding experience.

In a way, the player can impact the gaming world and change its rules, more or less, complete missions and create alternative scenarios. Unfortunately, online casino games tend to be more linear in nature and this is not necessarily a bad thing, but it just means that you have to rely on luck a little more than on skill per se.

The Multiplayer Experiences Are Completely Different

While casino games allow you to sit at a virtual table and play with others, it’s only a perceived multiplayer experience. For the most part, online casino games are a bit of a lonely business. You sit at a table, make your stake and pray to the goods of Random Number Generator (RNG) to grant your wishes and bring you a much-coveted victory.

It’s not always the case, but for the most part, even multiplayer casino games can feel a little solitary in nature. Video games, on the other hand, and particularly PC games are a new level of immersion where you get to enjoy some in-depth and more importantly social gameplay.

While online casinos are slowly progressing towards this, there is still a lot to do. Some developers are already creating a new generation of multiplayer games we are looking forward to!

For the most part, traditional video games are not designed to award you money. Often, you need to pay for access and this is not a bad thing. However, some players would like to be rewarded for the time they spend gaming with something of a more financial nature.

This is where online casino games truly shine. They will be able to award you some serious money if you are lucky, and this is the caveat to watch out for here. There is no surefire way to win money from casino games, but the fact there is a possibility is often enough.

Casino games have multi-million jackpots that can have potentially life-transforming ramifications, which is fantastic. Then again, you ought to take it easy and remember to have fun whatever the game you end up picking is!