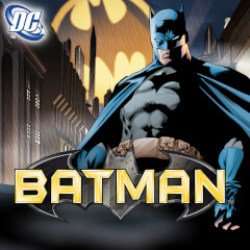 The game is popular among top online casinos in the industry. It is set on a dark and rainy night. The entire evening takes place in Gotham City where you will find all of the same comic book sights and sounds including the back alley of the industrial park as the background to the reels, the chain-link fence and the pipes overhead. On the reels themselves, you will see the bright white colour and the classic DC style rendering for the symbols themselves.

In this online pokie game, there are eight lower valued symbols that you will see from time to time. These are all things that are associated with the Dark Knight. You will see things like the Joker playing card, the Bat-Signal, and even the Batmobile. Then, there are the higher paying symbols. The highest of them all, in fact, is the green-haired, white-faced joker that everyone recalls from the comics and movies alike. The second highest paying symbol you want to see on your screen is Commissioner Gordon dressed in a trench coat. These reels will go silent after you hear the clang of the level “pulling”. Then a flapping sound like that of bat wings will appear as bat wings flutter into place. The dramatic tune will ring out again if ever you get the winning combination.

To play the game you must set up your bet amount per reel and per pay line. Once you have done that, you will hear the screen go silent and the spin happens. You can maximize your bet with 20.00 on all of the 50 paylines, which is a $1000 bet. You can, of course, use the minimum bet of 0.01 per line, or anywhere in between.

As far as features are concerned, you might see the menacingly faced Batman and if you do, he is the wild symbol. He will only appear on reels 2, 3, or 4. The Batman wild symbol can be a substitute for all other symbols except for the scatter symbol. This scatter symbol is the bat logo. If you see the black bat logo set against the shine of a background, you will watch as the re-spin feature is triggered on your screen. If you get a bat signal on reel 1 and you get Commissioner Gordon on reel 5 or the other way around, you will see one of the reels freeze with the wild symbol of Batman looking onward. The remaining reels will re-spin thrice more at the end of which you will no doubt get a decent payout.

There is a new bonus feature built into this so you can enjoy pokies with bonuses. This is called the “bonus bet” feature. There is a bat-shaped button on the bottom right-hand side of your screen. If you use this it will turn the background into gold structures and activate the maximum paylines function. So, you get 60 credits in total instead of 50 credits which gives you an extra bonus. This feature is called the “Descent into Madness” feature and if you have three or more scatters on your screen, you activate it. Then, a miniature game pops up and in this game, Batman has to hit asylum inmates using his Batarang. If he is successful, you get prizes. But you cannot forget to trap the Joker, at least the first or second time. If you do trap the joker, then you get a 100x multiplier.

You can enjoy this game on mobile casinos using iOS and Android devices or straight from your computer.

This screen is a bit busy at first, and it takes some getting used to. But the control panel is nice and you will have no trouble finding the buttons you need especially for setting your bets.

This game has a great coin bet amount and focuses heavily on a theme most people love. There is no reason not to get behind it.